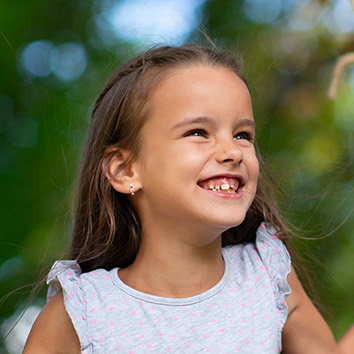 What is Craniofacial Orthopedics?

Craniofacial orthopedics is a sub-specialty of orthodontics that focuses on the treatment of patients with birth defects such as cleft lip and palate. An orthodontist will work with a team composed of speech pathologists, oral surgeons, and craniofacial plastic surgeons in planning treatment to correct cleft lip and palate, as well as other jaw and face abnormalities.

As a member of a craniofacial team, a craniofacial orthodontist evaluates tooth and jaw development and growth. He or she takes care of the non-surgical treatment of the position of the jaws, and is also responsible for the pre- and post-operative treatment of jaw surgery: monitoring growth by means of X-rays and models.

What is a Cleft Lip and Palate?

Cleft lip and cleft palate are facial malformations in which the parts of the face that form the upper lip and mouth remain split, instead of sealing together prior to birth. Similar splits can occur in the roof of the mouth, or palate.

Clefting results when there is not enough tissue in the mouth or lip area, and the tissue that is available does not join together properly. Though the defect occurs in early fetal development, in most cases, the cause is unknown. However, there appears to be a link with genetics and maternal environmental exposures during pregnancy.

Nasoalveolar Molding is a pre-surgical method of reshaping the gums, lips, and nose before cleft lip and palate surgery, to lessen the severity of the cleft. NAM begins at age two weeks and takes three to four months. NAM is used mainly for children with large clefts and has revolutionized cleft repair and reduces the number of surgeries a child must endure.

There are certainly aesthetic considerations associated with cleft lip and palate, but having this birth defect can affect people in many more serious ways.

Surgery is the treatment for cleft lip and palate. This is where your craniofacial orthodontist and team of specialists come in. Depending on the severity of the case, more than one surgery may be necessary. In children, surgery usually takes place between three and six months of age.

Prosthetics: Permanent crowns, bridges, and implants must wait until growth is compete at age 16-18.